NEC-procured projects have again featured strongly in this year’s British Construction Industry Awards (BCIA), which were presented at an online ceremony in November.

Morecambe Catchment Strategy in Lancashire won the Utility Project of the Year. Procured by United Utilities using NEC3 ECC Options A (priced contract with activity schedule) and C in December 2020, the £52 million project has significantly reduced storm overflows into Morecambe Bay in Lancashire – the UK’s largest expanse of intertidal mudflats and sand. 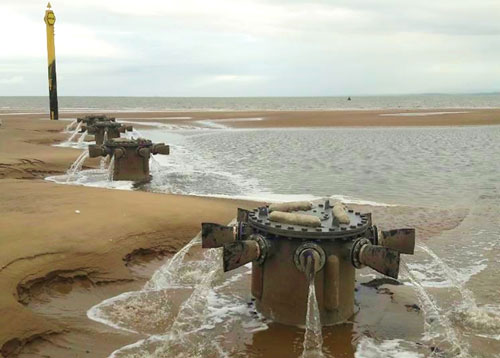 The Wave, Bristol won the Cultural and Leisure Project of the Year. England’s first artificial surfing lake was procured in November 2019 by The Wave Group using ECC Option A. The 25 million scheme’s 40 electrically driven paddles generate 1,000 waves an hour up to 2 m in height in the 200 m wide by 180 m long concrete-lined lagoon. 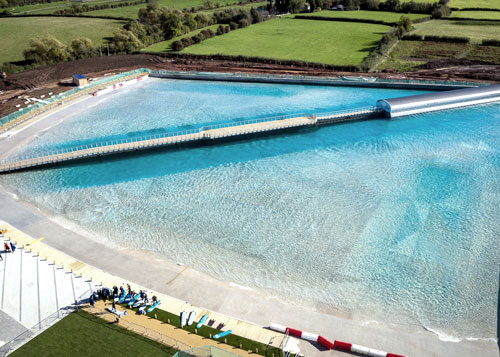 Procured using ECC Option A, The Wave, Bristol won the BCIA 2020 Cultural and Leisure Project of the Year

Finally in the initiatives category, the operations control centre of Highways England’s ongoing £848 million M4 junctions 3 to 12 smart motorway scheme, procured using ECC Option C, was highly commended for the Producitivy in Construction Initiative. Case studies of all NEC-procured winning schemes will be published on the NEC website and in the newsletter in due course.

HS2, currently the world’s largest NEC-procured project to date, has let the last of four new high-speed railway stations on the £45 billion first section between London and Birmingham.

Recent record-breaking temperatures in the UK and across the world have reminded us, yet again, of the impact of climate change on our ability to function as a society and economy.

NEC adopted for £2.8 billion of reconstruction works in Peru

NEC contracts are being used to procure £2.8 billion of infrastructure reconstruction in Peru following significant flood and landslide damage caused during the 2017 El Niño climate oscillation.