NEC contracts are designed as a series of clear, separate and well-defined processes. This article is based on a flipchart used by the author in training sessions which seems to help in highlighting the all-important links between some of the key processes in any NEC contract. These are summarised in Figure 1.

The processes are almost identical in the NEC4 and NEC3 Engineering and Construction Contract (ECC), Professional Service(s) Contract (PSC) and Term Service Contract (TSC) – and the changes between NEC4 and NEC3 in these processes are minimal. The terms and citations used in this article relate to NEC4 ECC so for other contracts read ‘contractor’ as consultant in PSC; ‘project manager’ as service manager in TSC and NEC4 PSC4 (employer in NEC3 PSC)’; and ‘scope’ as works information and service information in NEC3 ECC and NEC3 TSC respectively. 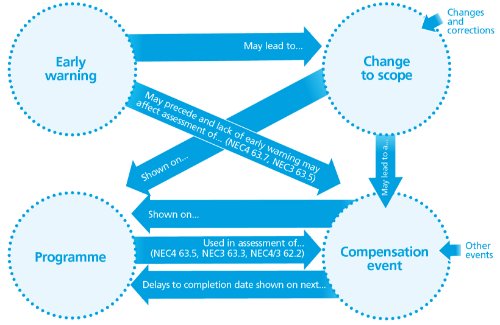 Figure 1. Key NEC process and the links between them

Early warning as described in clause 15 (clause 16 in NEC3 ECC and NEC3 TSC) is a key NEC process, requiring both the contractor and project manager to, ‘give an early warning by notifying the other as soon as either becomes aware of any matter which could increase the total of the Prices, delay Completion, delay meeting a Key Date or impair the performance of the works in use’ (bullets omitted).

The clause links directly to clause 63.7 (NEC3 clause 63.5), which says, ‘If the Project Manager has stated in the instruction to submit quotations that the Contractor did not give an early warning of the event which an experienced contractor could have given, the compensation event is assessed as if the Contractor had given the early warning.’ In other words, ‘we will assess it as if you had told me’.

The project manager is the only person or organisation that can change the scope using an instruction under clause 14.3 (20.2 in NEC3 PSC). Any change to the scope should be reflected in the next update to the programme (clause 32.2), as shown on Figure 1.

Any change to the scope will be a compensation event under clause 60.1(1) unless it is, ‘a change made in order to accept a Defect or a change to the Scope provided by the Contractor which is made at the Contractor’s request or in order to comply with the Scope provided by the Client’ (bullets omitted). If the change is a compensation event, then the project manager must notify that compensation event (clause 61.1) immediately after the instruction to change the scope. Notification requires a separate communication (clause 13.7).

It is useful to consider the programme as being required to be routinely updated showing latest progress and the effect of both changes to the scope and other compensation events. If these are not shown, the programme will not be ‘realistic’ (clause 31.3) and so should not be accepted by the project manager.

Compensation events may arise from a umber of events, one of which (by far the most common) is a change to the scope.

So, the contractor notifies the compensation if it is has happened or is ‘expected to happen’. If it only ‘could’ happen, the contractor should be notifying instead with an early warning.

The following steps should then be undertaken in assessing the effect of a compensation event on time.

The link between clauses 63.5 and 62.2 is not immediately obvious on a first read of the contract. It was the subject of an NEC Practice Note (NEC, 2017).

NEC is completely rigorous and all compensation events are, in theory, to be evaluated separately as described above. However, if there are numerous compensation events in a short period, many teams will agree the pragmatic solution of looking at their combined effect on the programme and then ‘sharing out’ the combined effect on the completion date between the events.

Talk and listen to each other

Talking and listening to each other is the author’s simplistic interpretation of the NEC’s clause 10 obligation to, ‘act in a spirit of mutual trust and co-operation’. The only meeting stated in the contract is the early warning meeting (risk reduction meeting in NEC3). But anyone who knows NEC knows it is essential to have other routine meetings, at least about programme and compensation events. Others may be on payment, design and health and safety.

In the case of programme, one of the things to be shown on the programme (in clause 31.2) is, ‘the order and timing of the work of the Client and Others as last agreed with them by the Contractor or, if not so agreed, as stated in the Scope’. There is no formal clause for this agreement by the contractor, but it will need a meeting. Good practice is an at least monthly meeting prior to formal submission of a revised programme (which is typically required monthly). At this meeting the contractor should explain any changes and hope to make it easy for the project manager quickly to accept the revised programme when formally submitted.

In the case of compensation events, there is no formal requirement in the contract for either a register of compensation events of a meeting to discuss them. Again, to make NEC work, a combined shared register and a routine meeting between the commercial staff from contractor and project manager are essential to negotiate and agree the time and cost impact of each event. That meeting will also be used to agree where alternative quotations are required ‘after discussing with the Contractor’ (clause 62.1), and to agree which project manager assumptions should be stated by the project manager (clause 61.6).

The NEC is a process-based contract. It is hoped this article highlights the need to understand and use the key processes and the links between them, namely early warning, changing the scope, programme and compensation events. All are illustrated in Figure 1.

More than 250 delegates attended the NEC Asia Pacific Conference in November 2022, the first in-person event since 2019.

An interview with Samantha Evison, Senior Quantity Surveyor about the NEC accreditation course

Samantha Evison, a Senior Quantity Surveyor at Costain talked about her experience of taking the Project Manager Accreditation course and the multiple-choice question assessment.