We are sorry to hear the news that Dr Martin Barnes, CBE has passed away. The original NEC was designed and drafted by Dr Martin Barnes in 1991 and first edition published in 1993 followed by the second edition in 1995. He was also heavily involved in the development and launch of NEC3 in 2005. 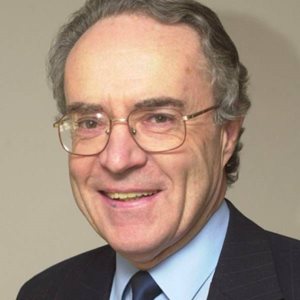 Dr Martin Barnes was the principal creator of the original Civil Engineering Standard Method of Measurement (CESMM) which published in 1976. CESMM transformed the practice of preparing and using bills of quantities on civil engineering projects. Its approach was copied widely and influenced quantity surveying practice in many sectors beyond civil engineering. Dr Barnes remained closely involved in the development of CESMM over successive editions, both as a member of the CESMM Review Panel and as leader of the drafting team. The widespread usage of CESMM over a 45-year period is testament to the value and magnitude of his contribution in this area.

In September 1985, the Institution of Civil Engineers (ICE) asked its Legal Affairs Committee to review contract forms used at that time due to their adversarial approach. The committee recommended the development of a new family of contracts. The first step was to draft key principles of the contract and its functions. This work was done under the supervision of Dr Martin Barnes, a fellow member of the ICE and founder and chairman of the UK’s Association of Project Management.

Martin had a civil engineering degree from the University of London and a PhD from the University of Manchester, UK. His doctorate was awarded in 1971 for research into improved methods of financial control for engineering projects. Martin Barnes invented the classic Time/Cost/Quality triangle and other project management techniques over the years.

Rekha Thawrani, Global Head of NEC, said "Martin’s contribution to industry and NEC has been immense and he leaves behind a legacy that has and will continue to change the way contracts are procured.  Martin’s vision for NEC as a contract that combines project management, contracting and procurement in one best practice process was ahead of its time. Martin will be remembered as the ‘creator and father of NEC’. He is a irreplaceable loss to many who knew him and worked with him."

It is no exaggeration to say that there would be no NEC Contracts without Martin's contributions, and we cannot thank him enough for his commitment to better contracts and more collaborative working methods throughout his career. Our thoughts are with his family and friends.

"I first started to work with Martin in 1991, when I was asked to lead a team drafting the Professional Service Contract. I was immediately struck by Martin’s depth of knowledge and commitment to developing a better way of contracting – through collaboration. My team managed to produce a contract to Martin’s demanding standards.

After joining Martin on the NEC Panel I learnt much about his approach, and was able to use that when I took over to chair the panel. Martin continued to give wise guidance as a member of the panel through the drafting of the second and third editions of the contract, and after standing down from the panel continued to give his insights to the development of the fourth edition.

The contents of the family of NEC contracts is down to Martin’s hard work followed by the application of his rigorous approach to drafting. His innovative approach to construction contracts has led to a contract that is now widely used throughout the world, and has stimulated other contract drafters to follow this collaborative approach. The NEC contracts form a legacy to his work."

When and why NEC project managers have to assess compensation events

There are four reasons why NEC project managers are required to assess compensation events, all of which flow from contractors’ failure to comply with contract.

Post-Covid-19 collaboration in Australia – a chance for NEC

In Australia, Covid-19 has highlighted the importance of collaboration between all parties to respond effectively to common risks and threats.